There is narrowing scope for entrepreneurial action as the biophysical and socio-economic stressors reduce Earth’s resilience and our collective capacity to help the planet recover.  We are talking about 'climate change entrepreneurship'.For centuries, entrepreneurs have acted with impunity to plunder the biosphere without returning value to it.  They must now learn not to undermine Earth’s capacity to meet present and future needs of humanity.[1] Versión en español se encuentra aquí.

Why does the earth matter to entrepreneurs?

There’s no avoiding it.  Our planet is suffering in many ways:

Entrepreneurs are partially responsible for the climate crisis

It is no exaggeration to say that entrepreneurs such as Thomas Edison and Henry Ford have played a major role in contributing to the climate crisis. It is also no joke to think that today’s entrepreneurs –perhaps like Elon Musk, with his electric car that uses new battery technology, his Tesla automobile, and his SpaceX Mars program – can help ease the problem.

The need for climate change entrepreneurship is seen all over the world. Here is a vivid example how entrepreneurs contribute to the climate crisis.  High above Indonesia, satellites identify plumes of smoke drifting over the oil palm plantations and rainforests, sweeping towards Singapore, Malaysia and deep into Cambodia, Laos and Thailand. At ground level, south-east Asian cities choke for weeks during Indonesia’s burning season.[2] Across the vast archipelago, swathes of rainforest are cut down and burned off by small- and large-scale entrepreneurs to make way for palm oil production. The pursuit of economic growth is at the expense of the environment. Thousands of Indonesians are employed and many entrepreneurial families are coming out of poverty because of the enterprise. However, the result is an environmental disaster. Deforestation accounts globally for about 12% of total man-made greenhouse gas emissions, about the same as transport (13%) and agriculture (12%).[3] Indonesia is home to approximately three percent of the world's forests. Yet deforestation in this region represents over a third of the total global carbon emissions from deforestation and land degradation.[4]

Climate change is a ‘cold shower’ for entrepreneurs

Around the world, economic growth and entrepreneurial activity are inextricably linked to global heating.  Safety on Earth is slipping away.  We are at the end of the tether and the only option is innovation and enterprise to get it right.  We have been wasteful of our time and now is the last chance to preserve life on Earth as we know it.  Entrepreneurs who understand the new climate reality – and are willing to invest in preparedness and risk management – are best equipped to seize opportunities.

Yet here’s the paradox.  When written in Chinese, the word ‘crisis’ is composed of two characters. One represents danger and the other represents opportunity. Some of the most innovative ideas have emerged during times of crisis. Just because the world experiences a crisis, the spirit of innovation does not hibernate.

If the most famous theoretician of entrepreneurship, Joseph Schumpeter, were alive today, he would say that recessions ‘clean the slate through creative destruction and create lasting, positive change’. Entrepreneurial organisations are the engines of job growth and create more jobs than large established organisations.[5]  In part, this is because breakthrough inventions are contributed disproportionately by independent inventors and entrepreneurs.[6]  Here are some examples:

Kauffman Foundation says that more than 50% of the fast-growing and largest companies of today were founded during times of crisis.  Launching a new company does not actually put companies at a disadvantage as many may suspect. In fact, at the height of the crisis in 2008, more low-overhead, low-revenue businesses launched than in previous years.[7].  The rate of entrepreneurship actually went up during the GFC[8].  Carl Schramm lists four reasons for this: (1) the explosion of creative impulse that leads to innovations, (2) scarcity in available options, (3) lower operating costs and (4) severely hit behemoths (large corporations).[9]

Schumpeter’s entrepreneurs, by using their creative energies, help pull us out of crisis. For a Schumpeterian economist, downturns can act as a good ‘cold shower for the economic system’, releasing capital and labour from dying sectors and allowing newcomers to recombine them in imaginative new ways.[10] Economic downturns can have positive effects. They can force companies to increase their efficiency, cut waste and strive to do things in smarter ways. In such times it has been claimed that innovation is the single most important condition for transforming crisis into an opportunity.

Now we are engaged in a great climate war, testing whether the human race can long endure as we know it. Although entrepreneurs must take a great share of the responsibility for global heating, they are also agents of change who may help to turn the situation around.  They need to go beyond business and social entrepreneurship into the realm of climate change entrepreneurship.

Who can benefit from this?  Of course, it’s entrepreneurs.  Entrepreneurs are the ones who can seize the opportunity toward climate-resilient pathways.  Our world is threatened by multiple stressors that affect the earth’s resilience (the ability to recover readily).  These stressors are all challenges and opportunity for the type of entrepreneurial personality who spots unfilled needs and gaps in the market.  These stressors are the “pains” that entrepreneurs look for and provide solutions for.  They include climate change and variability, changes in land use, remediation of natural ecosystems, alleviation of poverty and inequality, and changes in cultural factors.

Narrating this framework from left to right, our world (a) is threatened from the outside (Biosphere) by biophysical stressors, such as climate change and degradation of ecosystems; and from the inside (Econosphere and Sociosphere) by social and economic stressors, such as unrestrained economic growth, exploitation with impunity, population increase, poverty and inequality.  These stressors expand and contract the resilience space, which is Earth’s capacity to become strong, healthy, and to recover.  Entrepreneurs operate within an Opportunity Space (b), where they face multiple decision points (d) and pathways that lead to different possible futures (c), each with differing sizes of resilience space—small, medium, and large (hatched areas).  Entrepreneurs take advantage of these pathways and exploit routes to market in which they act (or fail to act), or in which they manage (or fail to manage) risks related to the planet’s resilience. Some pathways (e) can lead to a world with lower risk and higher resilience (top right) while others (f) lead to higher risk and lower resilience (bottom right).

The basic learning is that there is narrowing scope for entrepreneurial action as the biophysical and socio-economic stressors reduce Earth’s resilience and our collective capacity to help the planet recover.  During the historical transition from entrepreneurship based on extraction of resources with impunity to value-adding to the biosphere, entrepreneurs must address the complexity and the dynamics of ecosystems and climate in relation to social and economic activity. In the face of technological change, the uncertainty of consumer expectations, and the unpredictability of new regulations, entrepreneurs must learn not to violate conditions that systematically undermine Earth’s capacity to meet present and future needs of humanity.[13]

[9] Carl Schramm, cited in Sharma, P. (2008). In a recession, entrepreneurs hold the key to a fast recovery. 23 December, http://www.3dsyndication.com/dna/article/DNBAN993 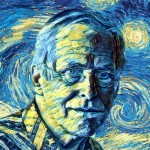