entreVersity writes:  Around the world, economic growth and entrepreneurial activity are inextricably linked to global warming. Safety on Earth is slipping away.. We have been wasteful of our time and now is the last chance to preserve life on Earth as we know it – the only option is innovation and enterprise to get it right. Entrepreneurs who understand the new climate reality – and are willing to invest in preparedness and risk management – are best equipped to seize opportunities. This brings us to Andrew Yang’s climate change plan.

Presidential candidate Andrew Yang is calling for a new form of Climate Change Entrepreneurship.  ‘We’re the most entrepreneurial country in the history of the world. It’s time to activate the American imagination and work ethic to provide the innovation and technology that will power the rest of the world.’  America is a country of inventors, builders, entrepreneurs, and risk-takers. We need to unlock that energy to solve the greatest problem of our time.

Yang seems to be following in this mold.

According to a plan rolled out Monday morning , Yang would invest billions in the private sector if elected to create technologies needed to curb carbon emissions, such as the creation of new nuclear facilities, and build electric grid resilience to achieve his goal of a “fully green” economy by 2049. The Silicon Valley entrepreneur would invest $50 billion in incentives for private companies to invest in grid infrastructure […] 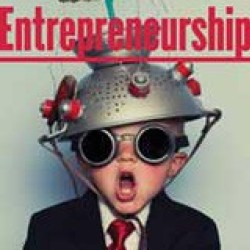 Use Case: China not using Design Thinking in Corona Virus

Why Criticism In Entrepreneurship Is Good for Creativity

Re-imagining education for entrepreneurs through #DesignEntrepreneurship

Except where otherwise noted, the content on this site is licensed under a Creative Commons Attribution-NoDerivatives 4.0 International License.
Copyright Howard Frederick articles are all timestamped and protected by Blockchain.
This site uses cookies to keep you logged in, and stores information related to your activity on entreVersity. OkPrivacy policy